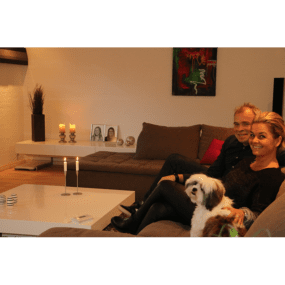 It was hard to ignite a proper fire in the Damsted family’s fireplace. When it was lit up, the fire produced a lot of smoke inside the home. exodraft had the solution — a chimney fan that allows homeowners to ignite fireplace fires without odors or anything harmful lingering in the air. Chimney fans make fireplaces so safe, even kids and asthma sufferers won’t be the slightest bit uncomfortable.

The Damsted family bought a fireplace for their Odense, Denmark home. They desired a comfortable fire and natural heating within the household. The fireplace itself was fine, but it was the work to get the fire going that was troublesome. A short flue made lighting the fireplace a tough task. When a fire was ignited, it was difficult to keep it lit. Further, the fireplace produced many smoke particles in the room.
The Damsteds were frustrated with the effort it took to keep a fire burning. They were about to give up on the fireplace altogether when they learned about exodraft´s chimney fan, which ended up being the solution to the problem. 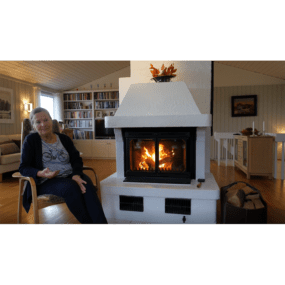 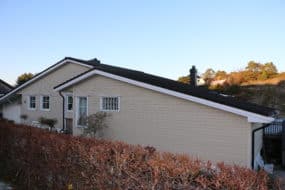 Normally a fireplace equals warmth and coziness, but when insufficient chimney draught makes it difficult to light the fire and causes smoke and particles to spill into the living room, the fireplace quickly loses its charm.
This was precisely what happened to Gylve Setlo from Sannefjord, Norway after he installed an open fireplace in his home. 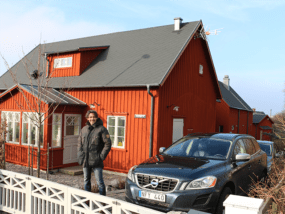 The chimney fan from exodraft mounted on Sven’s chimney ensures an immediate and consistent chimney draught while simultaneously reducing the emission of particles by 80% in the living room and 20% outside near the chimney.

exodraft chimney fans make people's lives easier and safer, and they contribute to a better environment thanks to guaranteed improved combustion.
CONTACT US 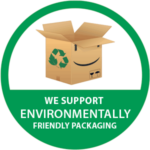